Leading website and restaurant guide, SquareMeal, has announced the UK’s Top 100 restaurants, voted for by thousands of readers, bloggers and local foodies. SquareMeal’s Top 100 is truly unique as it’s the only poll to exclude London restaurants, allowing the UK’s regional dining scene to truly shine.

From the Scottish Highlands to the beaches of Cornwall (and every plate in between), SquareMeal presents 2019’s best restaurants outside London – see the full list attached as an appendix.

Moor Hall in Lancashire comes out on top

Rural Lancashire is home to this year’s number one restaurant, Moor Hall, which has risen 25 places since 2018. The north-west county is also where you’ll find the highest riser in this year’s Top 100, Northcote, which has gone up 57 places to number 21. It has been a strong year for the North of England overall, which has increased its tally of Top 100 restaurants to 20, up three since 2018.

“Moor Hall has had a meteoric rise since launching two years ago, winning its first Michelin star six months after opening, and its second in 2018. But when you know that the restaurant’s chef-patron is Mark Birchall, its success is no surprise. Birchall was head chef at L’Enclume in Cumbria but is very much his own man since returning to his Lancashire roots.

The setting in a stunningly re-imagined 16th-century manor house is a welcome corrective to stereotypes of Lancashire being nothing but terraced houses. Many of the ingredients that make it on to the menu, meanwhile, are supplied by Moor Hall’s five-acre estate and the farmland that surrounds the restaurant.

But, ultimately, it’s the end product that does the talking. Vegetables get a starring role while expertly sourced meat and fish are treated to imaginative pairings that make you re-evaluate the potential for deliciousness of every ingredient you taste. “

Upon being presented with his award, Mark Birchall said: “Winning this award is a real boost for us. It’s a nice pat on the back. It shows that our guests really enjoy what we do and it’s great to have the focus on us up north. It means an awful lot to me.”

The South West + Bristol rise up the charts

The South East of England remains the most popular region of the United Kingdom for SquareMeal readers, with 35 restaurants in the Top 100. Eight of these are in Brighton, which remains the highest-rated city for eating out by SquareMeal readers, while Kent is home to the highest new entry on this year’s list, The Fordwich Arms, which has made its first appearance at an impressive number 10.

SquareMeal’s editor, Ben McCormack comments: “London gets the lion’s share of coverage when it comes to restaurants but SquareMeal’s UK Top 100 is gratifying proof that eating well does not end when you hit the M25.

While 10 years ago this list would have been dominated by gastropubs and country-house hotels, the thriving restaurant scenes in Brighton, Bristol and Edinburgh prove that London isn’t the only city with a nationally recognised food scene.

But it’s not just the cities where you’ll eat well. In every corner of the country, there’s an ambitious chef serving inventive cooking based on top-quality ingredients. There’s never been more of an appetite for dining out in the UK – and UK diners have never been so spoilt for choice.” 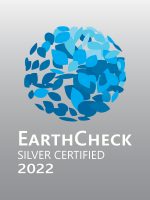