Whatley Sous Chef to compete for the Roux Scholarship 2019

Whatley Manor is very proud to announce that Sous Chef Ricki Weston has been shortlisted in the regional finals for the 2019 Roux Scholarship.

Ricki was selected from a paper application and recipe sent to the judges anonymously, he will now compete in a regional final on March 14th. From the 18 chefs shortlisted only six chefs go through from the regionals to a final held on the 1stApril.

It is a huge accolade for chef’s to be selected for the regional finals; our very best wishes go with Ricki as he competes to win a place in the finals.

About the Roux Scholarship

In 1984, Michel Roux OBE founded the Roux Scholarship with his brother Albert to enable a new generation of chefs from Britain to train in the greatest restaurants in the world. Not only has it become the industry’s most acclaimed chef competition in the UK with many scholars having gone on to win Michelin stars themselves, it ranks among the most prestigious competitions for chefs in the world. Since it was established more than three decades ago, it has helped British chefs gain the international recognition they deserve. With many young chefs entering the competition each year, it is true to say thousands have been inspired, and lives changed, by the experience of competing. 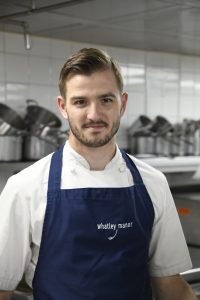 Book direct for the best rates

Book directly with us and we will guarentee to save you money!

Saying thank you to our NHS heroes


It is time to say a heartfelt thank you to those who have been looking after us so selflessly for so long, the nation’s NHS Covid19 Heroes

We could not have done this without you, that is for certain and now it is our time to look after you.

We are only a small business so we cannot reach you all, but we are gifting

at our pretty house in the Cotswolds.

Time for you to receive some TLC,

as only Whatley knows how